Active and Passive Voice Rules in Urdu with Examples learn basic rules and methods of formation of active voice and passive sentences using examples in Urdu.

Learn meanings and types of voice in English with Urdu explanation.

Here the question rises that how we can identify the passive voice sentences in English. we use the following verbs in place of verb “Be”. 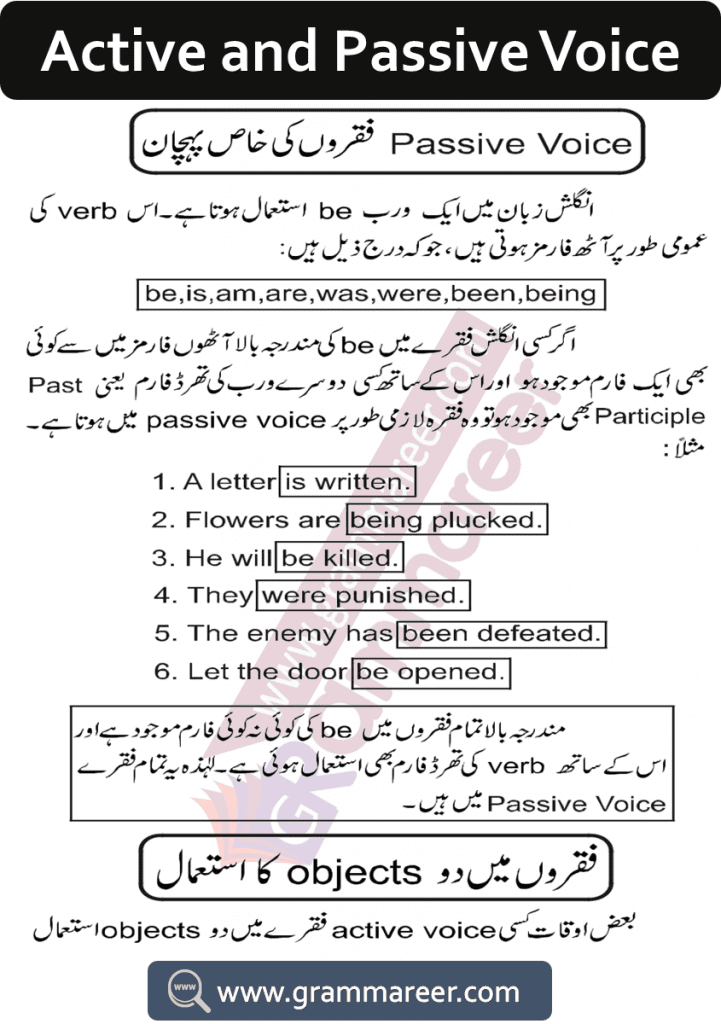 Look at the picture for further explanation.

Apples are eaten by him.(Passive voice)

Look at the picture for further explanation. 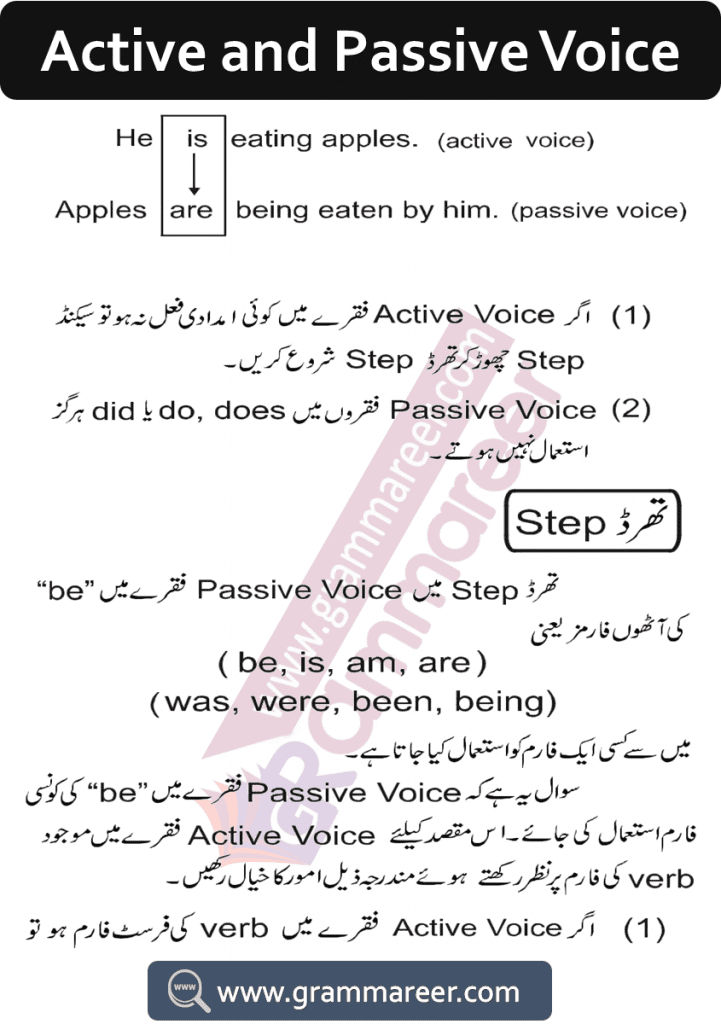 Use of Forms of verb

All Modal Verbs Explained Through Urdu with Examples. Modal Verbs are of great importance in...